My name is Karl Birgir Björnsson and I am the inventor of Pocket Pedals, a unique clipless pedal adapter developed to give cyclists a better way to enjoy the everyday ride.

I have a step-daughter who is lucky enough to have two sets of parents and each of us have our own interests that we want to share with her and use to inspire her development in our own ways. I love biking and so I wanted to share my cycling enthusiasm with her. Some of my best childhood memories involved riding my bike, which was also my earliest experience of independence, being free to travel fast and explore new places with my friends. I wanted us to create some happy bike riding memories of our own and for her to then do the same with her friends. On her fifth birthday she got her first proper pedal bike. We began with short rides in our street but soon progressed to longer trips. We would bike around the neighborhood together and her mother joined us on her fancy e-bike. With the two of them casually dressed for the occasion, I always felt a little too overdressed for the occasion in my cleated bike shoes. I have a performance road bike with clipless pedals that I would typically use for cycling for long distances or for racing rather than for casual rides or commutes. With a new cyclist in the family in need of a biking partner, casual rides were now becoming a norm. While I love using clipless pedals during performance rides, they weren’t suitable for our family trips. While my step-daughter became more confident with every bike ride, she would still occasionally abruptly cross my path and stop to pet a cat or look at something interesting. One time when she did exactly that, I came dangerously close to crashing into her, almost failing to release my cleats from the pedals. After that, I decided not to ride clipless for those rides anymore.

Not wanting to regularly change my pedals between platforms and clipless, I thought of using an adapter. However, I could not find an adapter that I liked. They usually provided only a small foot platform, were only one-sided so the flat side would end up facing downward, and they needed to be clipped into the clipless system, so the settings on the clipless pedals had to be adjusted to fit the adapter properly in place. They also required the use of a tool, like a screwdriver, to remove. I did find the effort involved to be justified and was somewhat frustrated with a lack of quality solutions to this seemingly simple issue. I had a pretty good idea of what features I wanted in an adapter, and so I began designing a simple clipless adapter in my spare time.

Having come up with a rough idea, I approached an engineer friend of mine for help to design a working prototype. We came up with a number of different prototypes until we had a design that worked. It interfaced with both mountain bike (SPD) and road bike (SPD-SL) pedals; it had two flat platform sides so that you didn’t need to look down and rotate the pedal to the correct side to step on it; it didn’t rely on the clip mechanism and so wasn’t subject to as much wear-and-tear as existing adapters, and didn’t require tools to either adjust the clipless system or to remove from the clip; and it was compact and portable. We 3D printed this early prototype and I began using it regularly. It didn’t take long for other bikers to take notice and ask me where they could get their own pair.

Mountain bikers also began paying the adapter interest, seeing a benefit that I hadn’t considered. They wanted to be able to temporarily change their clipless pedals to platforms when crossing difficult terrain or climbing tough hills where they might feel uneasy being clipped. Seeing clear interest emerging, I decided to patent the design and to give the adapter a name. My girlfriend came up with Pocket Pedals because I would usually keep the adapter in my pocket while getting mine and my step-daughter‘s bikes ready for our rides. The final prototype of Pocket Pedals was completed in spring 2019. I began using it immediately and have barely moved my car since. Wherever I need to go now, I take my bike! As with the prototype, the first version is compatible with both Shimano-style SPD and SPD-SL pedals, but plans are in place to develop versions for different pedal systems at a later stage.

Whether you are a road or mountain biker, I certainly hope that Pocket Pedals is a solution that can make your everyday ride more convenient and enjoyable.

Thanks for reading and happy riding! Pocket Pedals are patented and have patents pending.
The Pocket Pedals brand and patent are wholly owned by K88 ehf.

For more information, click the image below to visit Google Patents. 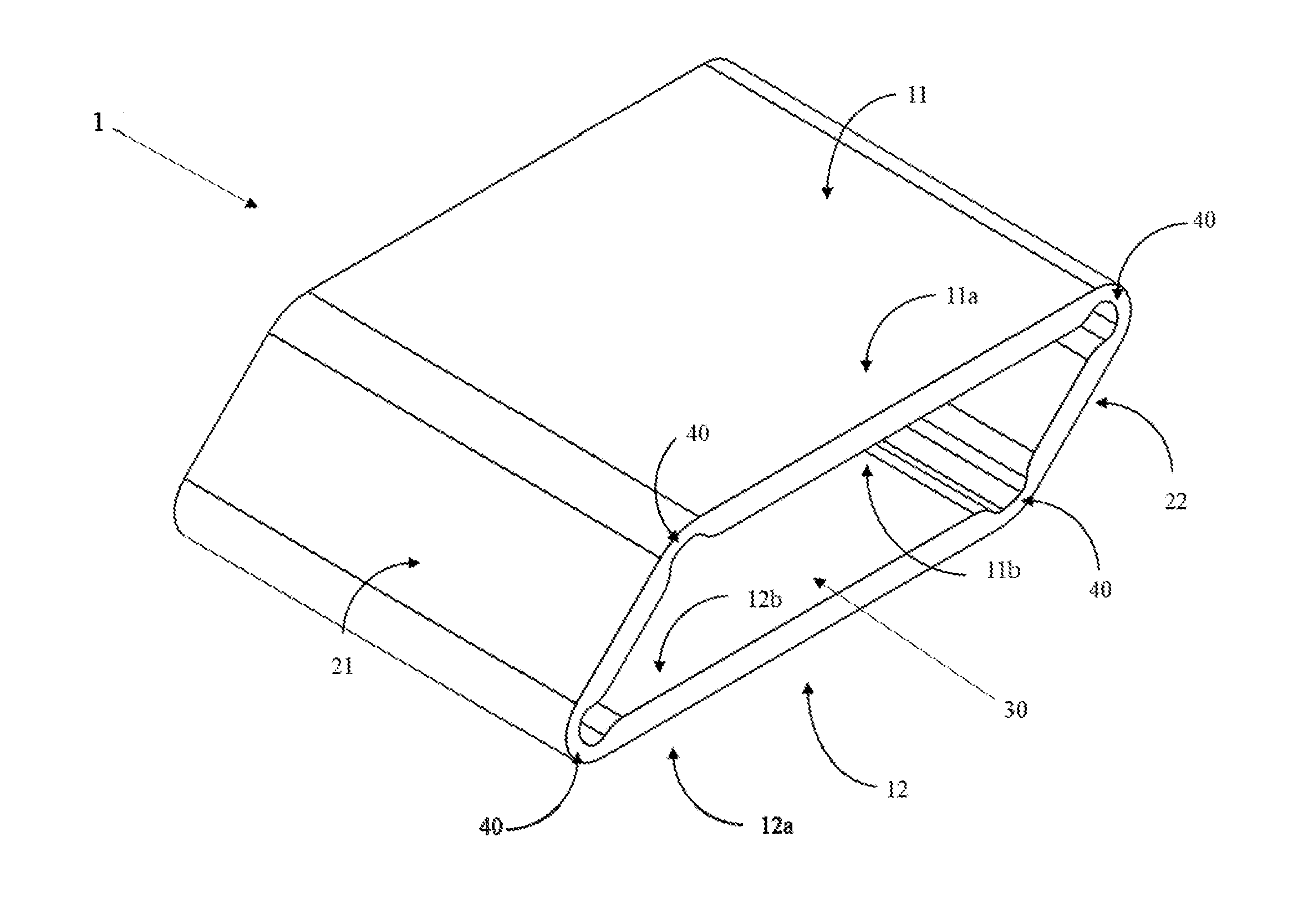